Keeping Humans At The Heart Of Technology: Conference Wrap 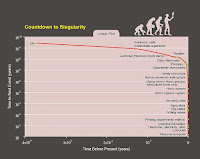 This is a long overdue summary of my closing remarks at the SCL Technology Law Futures Conference on whether humans can survive the advent of super-intelligent machines. The podcasts for each session are available on the SCL site.

I am confident that we can keep humans at the heart of technology during the current era of artificial narrow intelligence.  It seems we are a long way into the process of coping with computers being better than us at certain things in some contexts. The sense was that the dawn of artificial general intelligence, where computers can do anything a human can, is 20-40 years away. It's also possible, of course, that the machines may never completely exceed human capabilities - more a matter of faith, in any event, as it would only be us who judged that to be the case.

There are clear signs that humans are using computers to enhance the human experience, rather than replace it. E-commerce marketplaces for everything from secondhand goods, to lending and borrowing, to outsourcing household tasks and spare rooms show that humans are working together directly to remove intermediaries by relying on faciltators who add significant value to that human-to-human experience.

This underscores the fact that computers' lack of 'common sense' will severely limit their ability to replace us – not just rationally speaking but also in terms of a shared understanding of our own five senses, and how we co-operate and use that shared understanding with each other in subtle yet important and uniquely human ways, for example, simply to summon the smell of freshly cut grass.

Misuse of machines by humans - to constrain choice, for example - will also hold back development or lead humans to develop alternatives. We have worked around technology-based monopolies in various industries, such as music, but we also heard how the few major mobile 'app stores' are not only becoming the preferred distribution platforms for software, but also choke points to throttle competition. Such attempts at control will prove futile if those platforms do not give us what we want or are not aligned with how we behave or fail to reinforce the shared sense of community that is a feature of, say, peer-to-peer marketplaces and the new distributed ledgers.

The point was also made that we should recognise the value in our freedom to make mistakes or to simply forget or fail to do something – indeed the fact that someone else has forgotten or failed presents an opportunity for someone else. Perhaps this is the key driver of competition and innovation in the first place. [So, would machines evolve to be so efficient that change would no longer be necessary? Superintelligence could be a dull experience!]

Yet it is human fallibility, not that of machines, which is behind most online fraud. Turns out that it's simpler and cheaper to hack the human operating system with confidence tricks than it is to cut through the security systems themselves. Ironically, in this context, it seems there’s more a role for machines to help us avoid being fooled by other humans into giving out sensitive information, rather than to evolve ever more sophisticated encryption, for example.

A key issue is that the evolution of machine ability and interoperability is adding vast complexity to the rules and contracts that govern their use. Layers and layers of rules, terms and conditions must knit together to ensure effective governance of even the humble home entertainment network. Of course, the earlier the lawyers, legislators and regulators are involved in this, the easier it is for governance infrastructure to keep up.  That point is often made by lawyers, but it was also very heartening to hear the direct invitation for more lawyers to be involved directly with engineers in the step-by-step development of driverless cars, so they are aligned with how we humans want them to work on our roads.

Yet the speed of technological development versus the speed at which the law moves make it unlikely that the law and rules alone will be effective in directly controlling the development of machines, whereas incentives such as commission, fees and fines will likely prove more useful in nudging behaviour in the right direction and keeping interests aligned. How the economic models evolve is therefore critical - and a good area for less direct legal control of machines, particularly through the apportionment of liability and theregulation of markets and competition.

Economically speaking, however, it was pointed out that we are prone to overstating the impact of technology has had in the past, and overestimating its effect in the future. In terms of GDP growth, for example, it turns out there was no industrial 'revolution' but merely a steady increase in output in parallel with various technological improvements. Tech booms and busts are also evidence of this.

We also tend to get hung up on globalisation and the need for harmonious rules across regions, yet much of the benefit of the internet, for example, has actually occurred at local level, and most of us use our phones and email to stay in touch with local people.

Against this background, the conference keynote speech provided an entertaining overview of artificial intelligence and the community behind it, finishing nicely with a list of the top priorities for urgent human attention. The 'Internet of things' - 50 billion connected devices by 2020 - clearly covers a vast area, so it's important to bring it down to specific scenarios, such as the home, the car, the streets and how sensors, software and machines in each context inter-operate. Other critical developments and scenarios deserving our attention are driverless cars; the use of drones in the context of both civil surveillance and warfare; and applications that control or monitor our health.

More on those fronts in due course, no doubt.

Thanks again to all the speakers for such a thought provoking series of presentations.