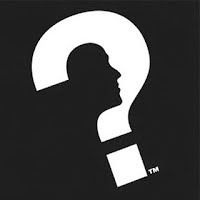 Okay, so yesterday I was trying to use the car rental scenario to understand the concept of blockchains and distributed ledger technology and ended with the point that all sorts of computer applications could run "on" the blockchain. Some could act as gateways between/among blockchains, and some could link applications on blockchains with the applications running on the Internet - like social media, email - or applications on mobile networks, including SMS.

So, in the example, the contractual program running on the blockchain that doubles as my car rental contract could also initiate a text message telling me where and when to pick up my rental car.

I also mentioned that my own request to rent a car could provide the details for where the car rental company's program could go to verify my driver's licence. I didn't mean for identification purposes, but to work out if I'm licensed to drive a vehicle.

On the identity front, I mentioned that both me and the car rental company would be acting pseudonymously. That's important because blockchain transactions are accessible by anyone with a device running the relevant technology. So mine and the rental car company's respective bits of code would have to offer a way for us to authenticate each other. And this is where the public nature of blockchains really come into their own.

Back in 2011, we had a big discussion on identity at the CSFI from which my 'takeaways' were that (1) identity is dynamic, not static - we are better defined by the data generated by everything we do, rather than a birth date or fingerprints. So (2) verifying our identity could be based on a unique snapshot of our behavioural data, which could then be discarded, rather than a passport etc.  which could be copied and used by fraudsters.

The challenge with multi-factor authentication in the Internet world is possibly that the data is subject to alteration (though on a mass scale it could be hard to alter every item of data about a person's behaviour).

But blockchains are infinitely harder to alter, since (I'm told) all the computers running the technology check each block when it is completed and that can't be undone, unless you control most of the computers at any one time (like a villain in a Bond movie).

Do I have any of this right?