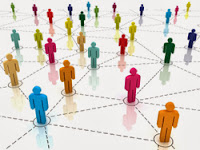 The FCA is clearly aware of the general anxiety that any rules it makes should not exclude the 'crowd'. But based on the FCA's summary of its proposals, in my view it has not struck the right balance (called for by the industry last December) for the reasons below. In summary:


Comments are due by 19 December, and it would be best to get involved. The FCA plans to review the overall crowdfunding regime again in 2016, so it could be a long wait before any problems missed will be rectified...

Firms operating loan-based crowdfunding platfroms are to be regulated from 1 April 2014 as ‘operating an electronic system in relation to lending’ (under article 36H of the Regulated Activities Order). The FCA is aware of about 25 firms in this category.

The FCA sees loan-based crowdfunding as "generally of lower risk than that made via investment-based platforms" although it sees the potential for innovation that may bring higher risks, so will keep the sector under review. For the time being, however, the FCA is consulting on:
It is reassuring that all these issues (other than FCA reporting obligations), have long been addressed by the Peer-to-Peer Finance Association in its Operating Principles. However, those were modelled on payment services regulation (under the Payment Services Regulations 2009), whereas the FCA proposes to apply more or less the full weight of its retail investment regulation on the sector for little real benefit. For instance, the effect of the voluminous client money 'sourcebook' ('CASS') is not terribly different to payment services segregation requirements that would only need to be tweaked slightly). Firms might decide to outsource the handling of client money to other authorised firms, rather than accept the additional red tape that CASS creates (as investment-based platforms tend to do).

Unfortunately, too, the FCA interprets the Consumer Credit Directive to mean that any person or firm lending in the course of business via loan-based crowdfunding platforms will need to be authorised as they are carrying on a regulated activity. That interpretation is inconsistent with the FCA's view that such a person is actually an investor in loans, rather than a lender, but may be driven by the use of the word 'creditor' in the Directive. Moreover, such dual authorisation makes no sense, given that all the operational activities associated with the marketing, creation and servicing of the loans takes place in the platform operator's systems, rather than the lender (even where that lender is, say, a bank). In other words, the lending is being done in the course of the platform operator's business, not any business being run by the lender. Responsibility for compliance in such circumstances is not clear. How is a business lender supposed to comply with consumer credit rules when it is not directly advertising, processing loan applications or servicing the loans? Further, the FCA (like the OFT) declines to give any guidance on what it means to be 'lending in the course of a business', other than to refer to its existing guidance around the 'business test'. Early case law cited in HMRC guidance on this topic, however, requires an assessment of the operational reality which in this case suggests lenders on loan-based crowfunding platforms are not lending in the course of a business operated by them but in the course of a business of the platform operator.

In my view, the FCA's interpretation of the Consumer Credit Directive is another example of UK officials failing to take a purposive approach to interpreting EU law and needlessly creating a rod for our own backs. I doubt very much whether the purpose of the Directive was to ensure dual regulation in the context of loan-based crowdfunding.

Notwithstanding the 'low risk' classification, the FCA plans to treat investments on loan-based crowdfunding platforms largely as it does other designated investments (though there is no guidance on what distinguishes a 'loan' from 'debt securities' in the FCA's view). So rules that apply to firms arranging transactions in designated investments will therefore also apply to firms running loan-based crowdfunding platforms. As a result, such firms will have to comply with two separate FCA rule books - one for borrowers ("CONC"), and one for lenders (now to be called 'investors') ("COBS"), including rules applicable to 'financial promotions'.

Finally, the FCA seems to advocate the inclusion of a 'secondary market' on loan-based platforms, in the context of a discussion on cancellation rights. The FCA does not explain its view as to whether or how certain exemptions to the right to cancel apply, for instance, where the lender is not acting in a commercial or professional capacity, the main service contract is not a 'distance contract' so the loan can't be a 'secondary contract' for cancellation purposes or the lender makes an irrevocable offer to lend within the cancellation period.

As to the nature of the 'secondary market itself', in its cost benefit analysis, the FCA also points to the fact that most of the main platforms have one and states:

At last, a little ray of pragmatism, perhaps. But on what functional specification was this estimate based?

Left unanswered are a bunch of awkward issues, such as the distinction between loans and debt securities (now that both seem to be specified investments), how 'hybrid' loan-based and investment-based crowdfunding platforms should be treated, how a platform might facilitate loans above and below the £25k per loan cap, that some types of loan-based platform are lower risk than others and should receive more proportionate treatment (e.g. secured vs unsecured, or smaller numbers of customers) and confirmation that platforms do not qualify as certain other forms of investment activity (as well as others identified in Annex 2 of a submission on the Financial Services Bill in June 2012).

The new rules will take effect from 1 April 2014, but firms with 'interim permission' will have until 1 October 2014 to comply.

A crowd-funding platform needs to be authorised if it carries out the regulated activity of enabling a business to raise money by arranging the sale of unlisted equity or debt securities, or units in an unregulated collective investment scheme. The FCA is aware of about 10 authorised firms and 11 appointed representatives of authorised firms in this sector. However, exemptions may be available. For example if the firm operating the crowdfunding platform is an appointed representative of an authorised person or an Enterprise Scheme they will not need to be directly authorised.

While the FCA already authorises investment-based platforms under existing investment regulation, the FCA concedes that the current rules don't really fit. The FCA has imposed restrictions on the authorised platforms on a case-by-case basis, which "restrict firms to dealing with professional clients and retail clients who are either sophisticated or high net worth." However, the FCA believes that its new proposals "should mean crowdfunding investment opportunities are available to more retail investors than currently, but with appropriate safeguards to check that investors are able to understand and bear the risks involved." The FCA also intends "to provide adequate consumer protections that do not create too many barriers to entry or significant regulatory burdens for firms." The new rules will take effect from 1 April 2014, but firms will have until 1 October 2014 to comply.

The FCA is proposing to limit the direct offer financial promotion of unlisted shares or debt securities (including websites) by firms to one or more of the following types of client:
Where advice is not provided, firms will need to apply an appropriateness test before selling them promotions for unlisted equity or debt securities.

Where crowdfunding platforms allow investment in units in unregulated collective investment schemes, the existing marketing restrictions will apply. These can only be promoted to certain types of customer, and changes to those restrictions were also recently consulted on and were made here.

Left unanswered are a bunch of awkward issues, such as the distinction between loans and debt securities (now that both seem to be specified investments), how the financial promotion rules actually apply, how 'hybrid' loan-based and investment-based platforms should be treated, and confirmation that platforms do not qualify as certain other forms of investment activity (as well as those identified in Annex 2 of a submission on the Financial Services Bill in June 2012).

The FCA considers investment-based crowdfunding to be high risk, owing to the the high rate of start-up business failures, the possibility of unauthorised advice, professionals picking the best offers, lack of dividends, equity dilution and the lack of a secondary market.

It seems bold to assume that professionals are any better than others at 'picking the best offers'. Research reveals that no one can predict which businesses will be successful. However, these risks can all be explained. What the FCA proposals views don't account for is the ability for people to lose unlimited amounts by betting on the ponies without going through any hoops at all. The FCA states that it has "no evidence to show that the wrong type of investor is investing in unlisted shares or debt securities" but concedes that "it is possible our current regulatory approach is effectively preventing this." Why is someone who bets on the ponies, for example, the 'wrong type' to be investing in a start-up?

From a policy standpoint, if it's ok for somebody to stick a tenner on the next race, when the betting shop is the real winner, then surely, so as long as the risks are clearly explained, the same person should be able to back a small business, where the economy is the winner.

But who in government will take responsibility for this inconsistency?