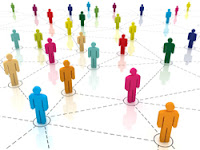 The Government recently outlined its proposals for regulating peer-to-peer lending, at the same time as its plans for moving the regulation of consumer credit from the Office of Fair Trading to the Financial Conduct Authority in April 2014.

Since the launch of Zopa in 2005, peer-to-peer lending platforms have provided nearly £500m in loans to consumers and small businesses. However, it has long been clear that regulation and perverse tax incentives are constraining the development of the sector. In 2011, the leading operators formed the Peer-to-Peer Finance Association to seek proportionate regulation that would encourage responsible growth. The government welcomed the creation of the P2PFA in several reports during 2012, and the Treasury foreshadowed its latest consultation at the P2P Finance Policy Summit in December, following some fairly intense debates on the Financial Services Bill in the House of Lords. At that time, the Department of Business Innovation and Skills also announced that the Business Finance Partnership would lend about £30m to small business borrowers through peer-to-peer platforms.


The latest Treasury consultation maintains this momentum, stating (at paragraph 4.12) that:

“The Government is keen to see this sector continue to grow and evolve, and therefore it will be important to develop a proportionate regime that recognises the needs of this innovative sector.”

Under the Treasury's proposals the activity of “operating an electronic system in relation to lending” will become a 'Tier 1' regulated consumer credit activity (along with consumer lending, for example), and certain 'ancillary' consumer credit activities will become more lightly regulated 'Tier 2' activities. There are various issues relating to the finer points of the definition which will hopefully be ironed out in the response to the consultation.

While corporations will not get the benefit of regulatory protection, the Financial Conduct Authority "envisages the lending aspect of a peer-to-peer platform’s activities being treated as an investment activity and that lenders providing the finance should be appropriately protected regardless of the status of the borrower." However, we won't know exactly what sort of protection this involves until the FCA consults on the detail of its proposed rules during the autumn of this year. It is to be hoped that the reasonably straightforward customer experience of today will be maintained...

What we do know is that firms wishing to undertake consumer credit activity (including peer-to-peer lending) after 1 April 2014 will need to obtain a Consumer Credit licence from the OFT (if they don't already hold one) and apply to the FCA for "interim permission" prior to 1 April 2014. OFT-licensed firms who are already FCA-authorised, or who are appointed representatives of FCA-authorised firms, must apply to the FCA for an “interim variation of permission”.

The FCA will then invite the various types of firms who hold interim permissions to apply for full authorisation in waves (since there are over 40,000 consumer credit licence holders in total). A firm's interim permission will last for as long as the FCA takes to consider the firm's application for authorisation or 1 April 2016, whichever comes first.

If you would like to know more, by all means get in touch via @sdjohns on Twitter.