Consultations On Supervision Of New Payment Services Regs Under #PSD2 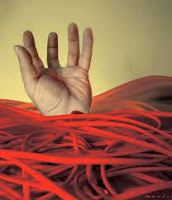 The FCA is consulting on its approach to supervising the new regulations that will implement PSD2. It's a huge job, and delays to the release of the draft regulations has left little time to prepare for the regulations to take effect from 13 January 2018. Responses to the FCA consultation are due by 8 June 2017, and can be provided online.

The consultation is explained in the first 60 pages of the main policy document, and the detailed changes to the FCA Handbook is in the Annexes (another 217 pages worth!), including important updates to the 'perimeter guidance' on activities that are in scope, out of scope or excluded (Annex K from page 223 of the PDF version).

The FCA has also helpfully published a mark-up showing changes to its Approach Document that explains how it regulates the current PSD. The regulations are still in draft, so the FCA's guidance may also change if the regulations do; and there are certain 'regulatory technical standards' being developed that could also produce changes over time.

Meanwhile, the Payment Services Regulator has also issued its guidance on how the draft regulations impact its supervision of payment systems.

Unfortunately, the UK's view of PSD2 may not be consistent with other member states, and further divergence could occur after Brexit. The main consequences of this are explained in my answer to Question 1 of the Treasury consultation.


I will likely publish my general observations on the FCA's proposed changes in the coming weeks, where possible.

In the meantime, my general response to the Treasury consultation on the draft Payment Services Regulations is here; and I've also previously posted on the following general issues under PSD2: