Thoughts On The Growth Of EU #Crowdfunding 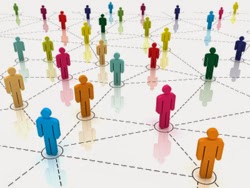 I've just spent a fascinating few days at the ECN Crowdfunding convention in Paris this week discussing the development of crowdfunding across the EU. The main focus was on regulation, since that is perceived as being the key difference from country to country. But of course there are other factors involved and these were also covered in the presentations. In particular, crowdfunding is a huge marketing challenge, given the vast advertising budgets of mainstream financial services providers and customer inertia. There are also many perverse incentives and implicit subsidies favouring the traditional financial models. I helped explain such problems in a recent submission The Finance Innovation Lab to the Competition and Markets Authority on retail/SME banking, for example.

A European twist on the scale and nature of the competitive problems was emphasised by an early presentation from our hosts, BpiFrance, a state financial institution targeting traditional funding at SMEs. It has 2000 staff in 37 offices and arranged funding of €10bn for 3500 French SMEs in 2012 alone. So not only do French crowdfunding platforms face a banking monopoly, but they must also compete against direct public programmes. With that kind of competition, it's little wonder the French crowdfunding market is only a twentieth the size of the UK! Thankfully, Bpi appears to have switched to supporting the development of many new private platforms, rather than trying fund plug the French SME funding gap all by itself - rather like the strategy adopted by the British Business Bank.

Of course, the SME funding gap is not exclusive to France. Christian Katz, CEO of SIX, the Swiss stock exchange, explained that the EU's 23 million companies face a funding gap of 2 trillion over the next 5 years. Yet only 11500 have access to the public markets. Currently, SMEs are creating 1 job for every 5 that big companies are eliminating. In other words, the companies that create the jobs are starved of access to working capital.

This kind of problem is not simply financial, and Joachim Schwerin, Policy Officer, DG Industry & Enterprise gave an excellent presentation on Friday explained how Crowdfunding features in five of the EC's key policies for stimulating economic growth:
Joachim outlined plans for extensive guidance to SMEs on types of crowdfunding via the EC's "Access to finance for SMEs" portal, highlighting the opportunities for SMEs rather than just focusing on the risks to investors. So watch that space during early 2015.

Many delegates were pressing Joachim to outline an EU regulatory timetable, but he was right to point out that this is premature. He confirmed that the EC is still in listening mode, which is as refreshing to hear now as it was in October. Regulation does not create markets, as the EC has discovered in its regulation of consumer credit and contract law. Indeed, it is plain from the recent French law and German proposals that regulating without an understanding of the market could kill them altogether.

For instance, the French authorities have limited participation in P2P lending to individuals who may only lend up to €1,000 per project/borrower. The authorities say this is necessary to ensure that lenders diversify the total amount they lend. This seems harmless enough until you realise the marketing challenge faced by someone starting a brand new P2P platform who cannot rely on a few large lenders to fund the bulk of early loans, or to step in where liquidity is scarce from time to time. Yet in more developed markets there is no evidence that lenders fail to diversify. In the latest UK market study Nesta has found that 88% of lenders say they engage in P2P business lending because they think diversification is important, which is supported by the figures:

"The average P2P business lending loan size is £73,222 and it takes approximately 796 transactions from individual lenders to the business borrower to fund a listed loan, with the average loan being just £91.95. P2P business lenders have, on average, a sizeable lending portfolio of £8,137 spread over a median of 52 business loans."

As a result, project-by-project caps are not a feature of the regulation of P2P lending in the UK, nor the rules allowing wider retail participation in crowd-investment. These regulations only took effect in April 2014, well after these markets were firmly established, well understood, and were able to benefit from the credibility that proportionate regulation can bring without being strangled by red tape.

Finally, it was interesting to hear Christian Katz's recommendations to help ensure the success of crowdfunding in the EU, based on how stock exchanges have developed:

Each of these points merits a post in its own right, but an EU code of conduct would seem to be a good way to focus market participants on achieving them. The team at ECN presented some early thoughts. Clearly the code will need to be consistent with applicable national laws and accommodate all the different types of crowdfunding. It should also be negotiated by the CEOs of platforms, as they understand the development plans for their own businesses better than the lawyers and the policy staff. Such codes have already been agreed by the leading participants in more developed markets. For example, the Peer-2-Peer Finance Association (P2PFA) has developed Operating Principles specific to P2P lending, and the UK CrowdFunding Association (UKCFA) has produced its own code of practice to accommodate donation-based and investment-based crowdfunding.

While it is possible that specific enabling regulation may be necessary in some countries to initiate the ability to establish dedicated crowdfunding platforms (e.g. allowing normal loans to be concluded on such platforms, rather than only participation loans, or lifting the €100,000 limit on equity crowd-investment in Germany, for example), the EC's approach of allowing platforms to develop in line with self-regulation seems the wiser than rushing to regulate in detail.